Michael and Kyan and I are really excited to be pregnant again!!!!!

We are 10 weeks along. We've known for a while, but wanted to wait til we were at a "safe" time before telling everyone. We are due in Christams Day, but being a c-section, we will probably go in the week before Christmas. 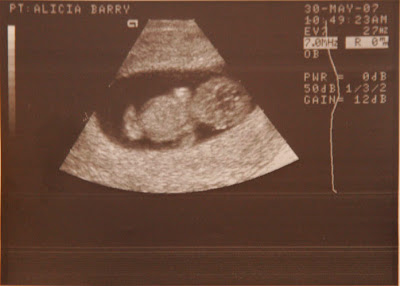 Everything seems to be going well so far. I've been fairly nauseas so far, and tired as anything, but it seems to be easing now.

Kyan doesn't really seem to understand yet. He sings Twinkle Twinkle to the baby, but then also points to the baby in Michael's stomach. He talks about the baby though, so hopefully by the time it arrives, he will understand what's going on. When he heard the heartbeat, he thought it sounded like Thomas the train. Very cute.
Posted by Alicia Barry at 12:20 PM 25 comments:

I know I've been terrible at blogging. It;s just not a priority for me at the moment. By the time I get around to my fouor design team sites each day, there just doesn't seem to be anything left to say on here.

Might do the random catch up thing, just for the sake of updating quickly, before I do that though, I need to let you know that I have discovered an option to send group emails from my page plans website to let you know when new page plans are being added. All you have to do is send me an email at leishabarry@gmail.com and let me know that you would like to become a member. No cost or anything like that.

Ok, the catch up:

* It's starting to get really hot here. I think that Summer is goign to be nasty.

* We went to Jones Beach on Long Island yesterday to go to an air show. It was really good. I'll try to post some pictures later.

* It is Memorial Day weekend here, so we had Michael home with us today.

* It is also Fleet Week here in New York. We tried to go today to tour one of the huge war ships, but Kyan threw a top 10 tantrum on the train, so we turned around and took him home again and missed out.

* Haven't done all that much scrapping lately, although I have worked on my Scrappy Giraffe kit. I'll upload pics another day.

* I have a layout going on display at CHA for The Crafter's Workshop.

* Kyan is being unbelievably defiant at the moment. He seems to be very smart, and we actually think that may be the casue of the behaviour at the moment. We think he just doesn't have the emotional maturity to go with his clever little brain.

* We have our friends Shaum and Lesleigh here ont he weekend, so we'll probably have a quiet week in the lead up to another big weekend.

I think that's it for now. Don't forget to sign up for my page plans and check back here soon for some pictures.
Posted by Alicia Barry at 7:05 PM 1 comment:

I'm sorry I have been so bad at updating this lately. I do have very good reasons. I'll explain that later.

This is a blog challenge from Chara:

#3 your dream job: Starting up my own scrap business

I'll try to be back soon with a proper update.
Posted by Alicia Barry at 9:17 AM 2 comments:

Thanks everyone who has come over to 2CC to have a look around the place. I appreciate it. Now that yoou are there, we would really like you all to join in hte chatting and even better enter some of the challenges. By the way have you checked out the kits and the awesome ribbon jars. They really are great. The kits always sell out really fast, so you have to be really quick to get one.

Being the start of the month, I can now share my DT projects for the month. 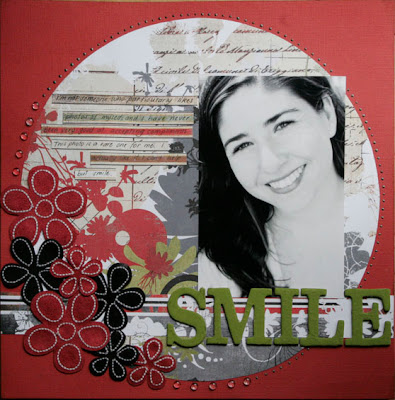 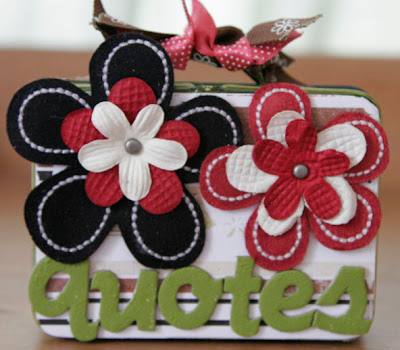 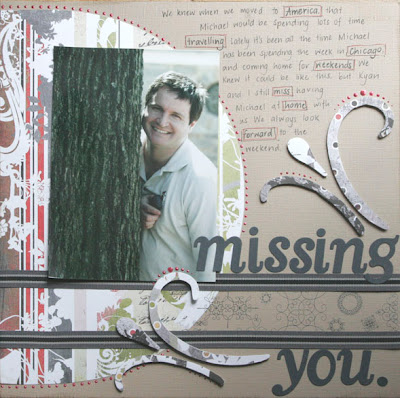 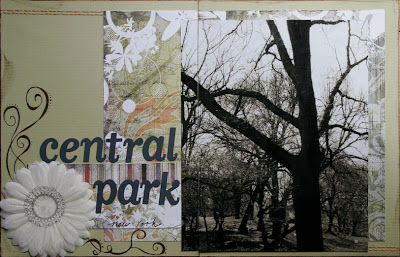 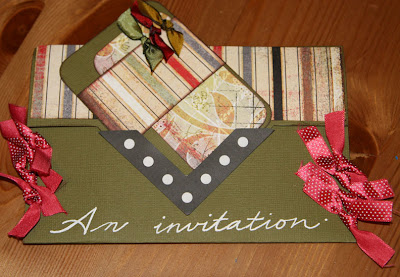