Last night Michael brought Cameron and I home from the hospital. Cameron was born on Saturday night at 10:42pm by c- section. He weighed 7 lb 2oz. He is the spitting image of his brother at the same age. Kyan is excited about his brother, but also I suspect figuring out how to make sure he still gets all the attention. He loved visiting him inthe hospital.

We were due to be booked in for the ceasarean this coming Friday, 3 days before his actual due date of the 25th. I had a few pains during the night on Friday night but nothing I gave a second thought to. I had some more twinges on Saturday monring, but still managed to get out to buy a Christmas tree, have lunch and show Mum around China town before giving up and heading home. On the way home, it was becoming more apparent that maybe something wasn't quite right. We couldn't get a cab so persevered the bus ride home and called the Doctor, who said to come in to the hospital, and he would deliver us whether it was labour or not since we were so close anyway.

The contractions were pretty awful, but they had to let them happen so they could get a trace reading. They did give me some medication to stop them after a while, although it didn't last long. We finally headed into theatre and had our little boy. We then spent forever in recovery. Even after we were cleared from recovery, it took another 2 or so hours to get moved to the ward, so Cameron was a good 6 hours old before we got to have him again, which I was really not impressed with.

Our Dr was awesome, but the rest of the hospital left a lot to be desired. It was certainly no Sunnybank private, hence me coming home so early. I had the first couple of nights to myself which was really nice and had an amazing view of New York Harbour from my bed, but then on Day 2 I was unlucky enough to get a roommate who put her TV on the moment she arrived and still had it going loudly when we left. That comnibed with her snoring and constant complaining, made it a not very restlful place to recover, so I got myself discharged early. Our first night home, was very broken with Cameron needing to be fed so often, but I still got a far better rest than I was getting at the hospital. Not to mention that when I need help here, I actually get it rather than staff who I'm sure are competent at their job, but many of which do not normally work at that hospital so don't know the procedures, or just didn't really care all that much.

So, we are tired, but home in plenty of time for Christmas. Feeding is going well, although painful as expected. Today we have to decorate the tree and take some family photos. I've just heard the sound of a nappy being filled from the other side of the room, so I guess my break time is over.

For all those who have sent lovely emails, we'll return them as soon as we can manage a bit of time.

Here are a few photos. We've already circulated them via email, but they'll do till we get 5 seconds to get some more uploaded. 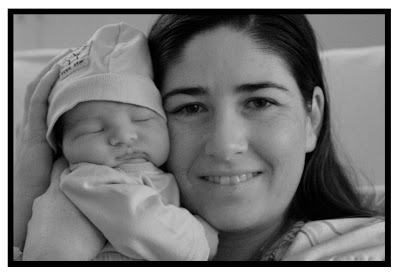 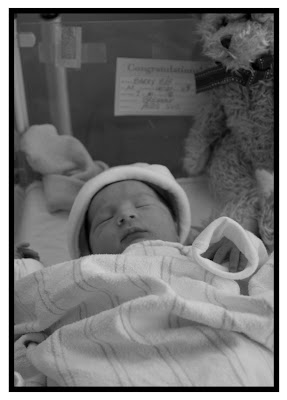 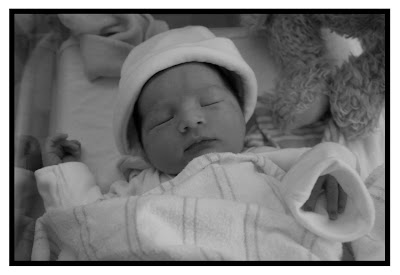 I saw this years ago and loved it, and Michael found it again on You Tube today. I would totally be in support of a change to this. It's very catchy.

I am 32 now. One of the good things about the time difference between here and Australia is that birthdays seem to go for 2 days. I got lots of emails and messages over the two days which has been really nice. I had a quiet day today, although I did have to go out this afternoon to do a boring job and got stuck int he snow yet again. Michael and Kyan took me out for dinner which was really nice. I got a gold bracelet from Michael and Kyan which matches the necklace that they gave me last year. I'll try to take a photo over the weekend.

No baby news, which is good. I wouldn't want him to have to share his birthday with me. He should have one all of his own. I'm starting to feel it though. I was only out for a couple of hours this afternoon, and by the time I got home again I was destroyed. It doesn't help having to wear even more wieght in jackets and gloves etc, and having a toddler in tow. I'm sure I can manage another week and a half.
Posted by Alicia Barry at 7:52 PM 4 comments:

I've had a few people mention lately that they have been keeping up with my blog, so I am going to try to get better at updating. Please leave me acomment if you come though, otherwise I assume no-one is reading it, and it is harder to make myself keep it up to date.

No baby yet. Not much sleep either thanks to him wriggling around all over the place. I see the Dr again on Monday and so I will push for him to book in a date for us. Mum come next Thursday, so once she is here to look after Kyan we don't mind too much when it is. If he comes early, Michael may well have to miss the whole thing as he will have to look after Kyan.

I took Kyan to a school open house today. It seems like a strange time of year to be doing it, but everything is backwards here. The schools have pre-K here for 4 year olds. It would be perfect for Kyan as he desperately wants and needs to go to school. I guess it is like pre0school at home. It's not compulsory, so there are not enough places for everyone. The school is only a 5 minute walk away, which is great, but I understand that about 100 sets of parents will register for only 18 spots. It is then drawn as a public lottery, so if he isn't lucky on the day, he has to wait a whole other year.

We had snow again yesterday which was nice, except were out in it. So I had Kyan in one had, bags of shopping onthe other hand, and had to wait on the snow for the bus. Not ideal. It's much more fun to watch it from inside the house.

Here is an advent calendar that I made for Kyan with the Dec kit from 2 croppin cousins, plus a couple of other projects. 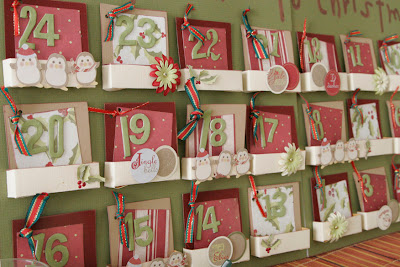 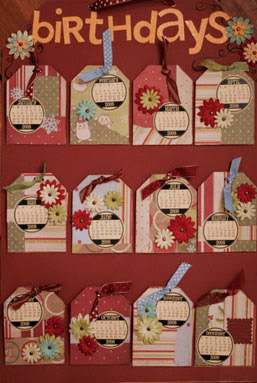 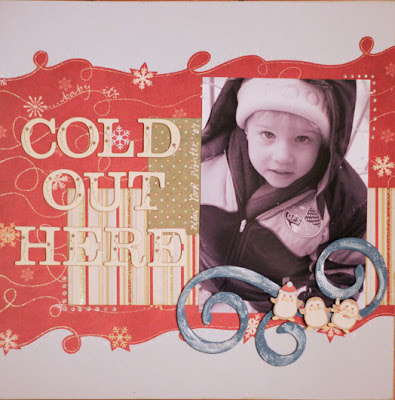 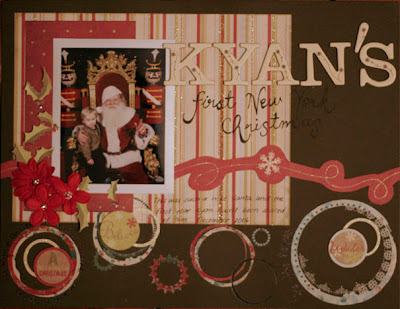 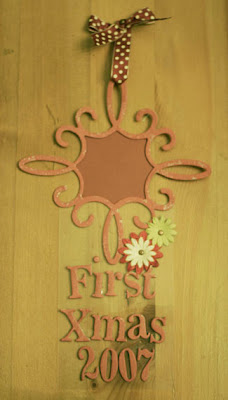 I have just posted the new challenge up at I am a scrapaholic This month the theme is all about holidays. I would really love to see some people go over and enter some layouts.

Here's this week's sketch and my sample. 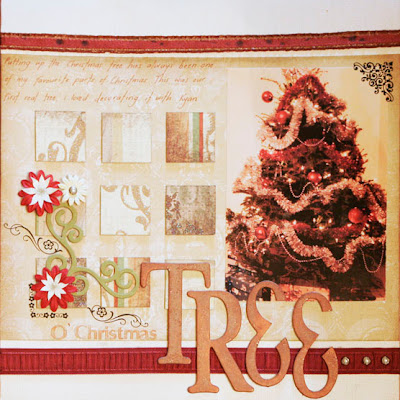 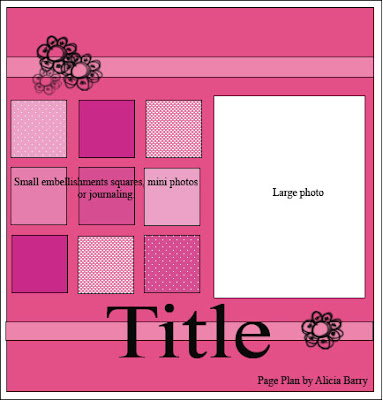 At 2 Croppin Cousinz the 12 tags of Christmas competition has started up. You can use my tag sketches there to win great prizes. Check it out.


Onto family stuff. It snowed for the first time yesterday. It was quite a dumping too. Michael and Kyan went to the park and took some really great photos. Michael is still editing them at the moment, but will probably share some on his blog when he is done. Kyan was beside himself with excitment, and came back very cold, but he didn't seem to care at all.

Had another check up at the Dr today. The baby is fine. Just sitting around doing not much apart from kicking me. Still don't have a date set for the hospital yet, but it should be soon, certainly within the next two weeks. As long as he can wait until Mum comes next week to look after Kyan, I don't mind when he comes.
Posted by Alicia Barry at 9:23 AM 2 comments: