Be Jolly with A Charming Christmas

I'm back with a fun easel style card to share using the wonderful new collection; A Charming Christmas by Becca Feeken for Spellbinders. Even though the main motif for this card is a snowflake, I really like the look of it against the red background, as opposed to a wintery blue that I might typically use. 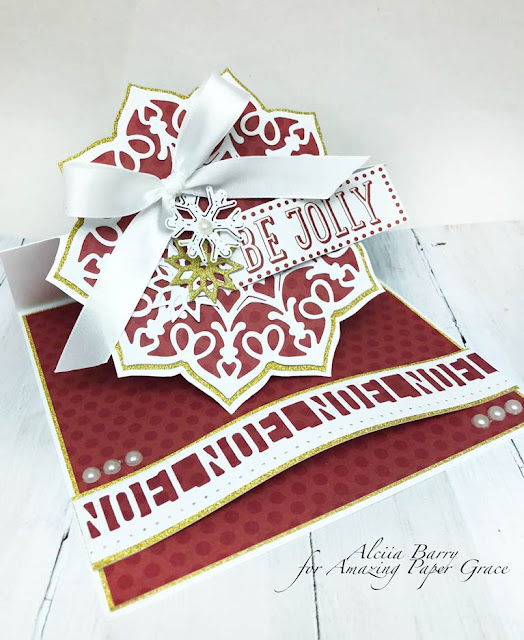 The Charming Snowflake Doily set comes with the large snowflake, plus a small snowflake and angel ornament die.

The large snowflake die has lots of pretty little details, so I wanted to be sure that they stood out on my card. I found that the white on red really popped. Once I mounted the die on the red, I then mounted it onto gold glitter card and trimmed to create a sparkly little border. 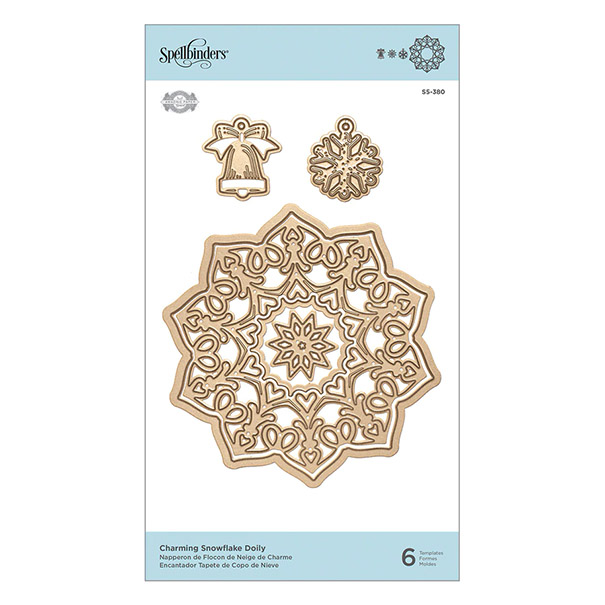 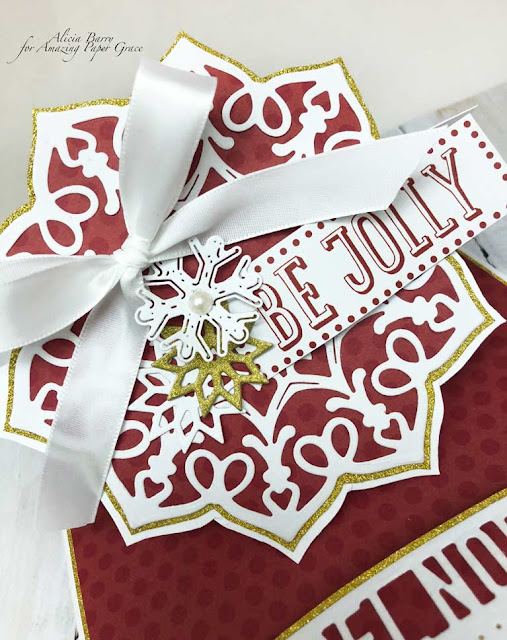 I wanted the snowflake to be the main focus point of the card, so to emphasise it, I trimmed around the bottom half of it, so that when standing the easel up, the snowflake becomes three dimensional. 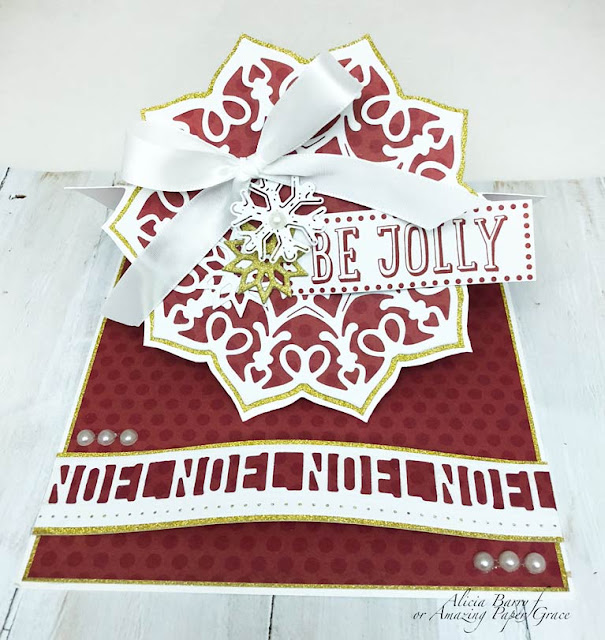 I used the Charming Christmas Words die set for the "Noel" border. It was slightly longer than the width of my card, so I mounted it on red and gold to match the snowflake, and gave it a little bow in the centre to create dimension and to also create a little stop so the card can stand up. 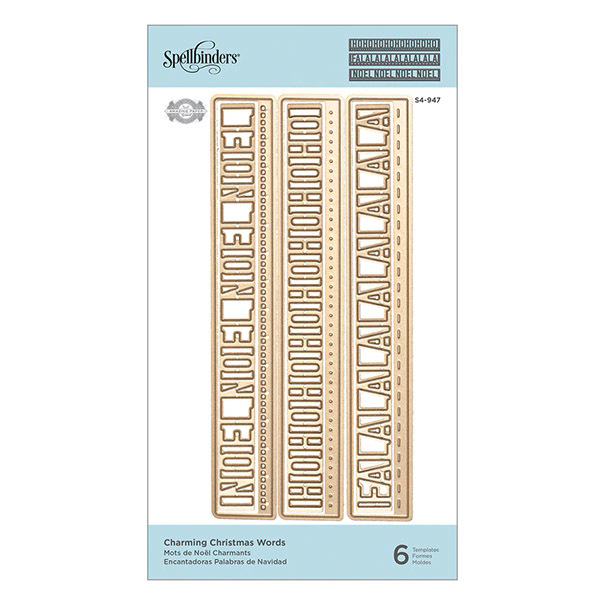 Go to the Spellbinders website to see the entire collection, and as alwasy check out the amazing work from the rest of the Design Team.
Posted by Alicia Barry at 8:17 PM