It's been a pretty full week here in New York according to our standards, but it's probably the norm. Last week we went outdoor ice skating, then we had the Halloween parade on Tuesday. Today the New York Marathon was on and it was right outside our building. There were thousands and thousands of people. Lance Armstrong was running. We are pretty sure we could tell when he went past because of all the cameras, but we didn't recognise him.

Happy Birthday to my brother in law David. Hope youo had a great day.

Also my sister Melissa who is die to have her baby has been in hospital. Nothing to do with the baby, she's had a bit of a bug, but they like to be safe. We had a bit of a chat to her on the phone tonight, so that was good.

Here are a few layouts. The Kyan one is a bit old, I just haven't blogged it yet. 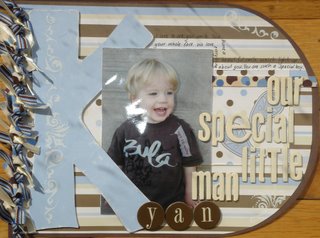 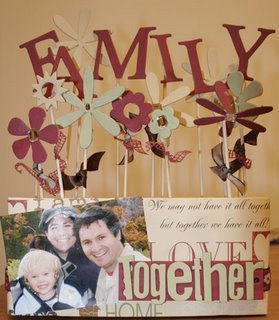 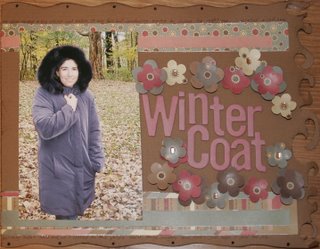 I found a really great website last night called Scrappy Giraffe Kits. I'll link them on my sidebar. They seem like a really nice group of people. The owner Kat is my age with a little boy and lives here on Ling Island, so she has offered to take me shopping. I can't wait.

That's about it for now.
Posted by Alicia Barry at 5:20 PM

Can't wait to hear all about Kat and all the fantastic places she takes you!!

Wow, it's great that you are really getting into American life -that bumble bee suit is very cute! I bet you can't wait to see some pickies of your new niece/nephew when it arrives.
Michelle

Hope your sister is doing okay. Off to check out scrappy giraffe! Cute name :)

I bet you can't wait to go shopping!

Love your L/O's - especially the family one. It's georgeous!!

So good that you are making friends. I will be like everyone else and check out that site.

Hi Ya Alicia
I have finally found your blog..Your layouts are just beautiful..Really like the first one.
Have a great day
Joanne

Great LOs Alicia. Its good that you are meeting people over there.

If you want to meet great friends, check out www.scrapstreet.com

Im a member there and they are great.

Glad you are making heaps of friends. Once again some great lo's done by you "LOVE THEM" Well Done!
Big Hugs to you all